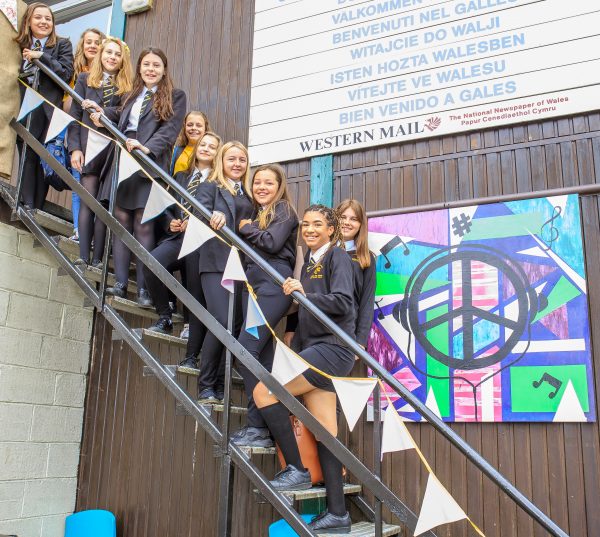 A local school has provided a key building on the site of the International Eisteddfod with a makeover for its 70th anniversary celebrations.

Pupils from Ysgol Dinas Brân were invited by the Llangollen International Musical Eisteddfod to create a piece of artwork that represented the festival’s message of peace, goodwill and international friendship, which have been transformed into a mural to brighten up the Eisteddfod’s hospitality building.

The mural was formally unveiled on Tuesday 4th July, when 12 of the 100 children involved attended a reception with President of the International Eisteddfod, Terry Waite CBE. 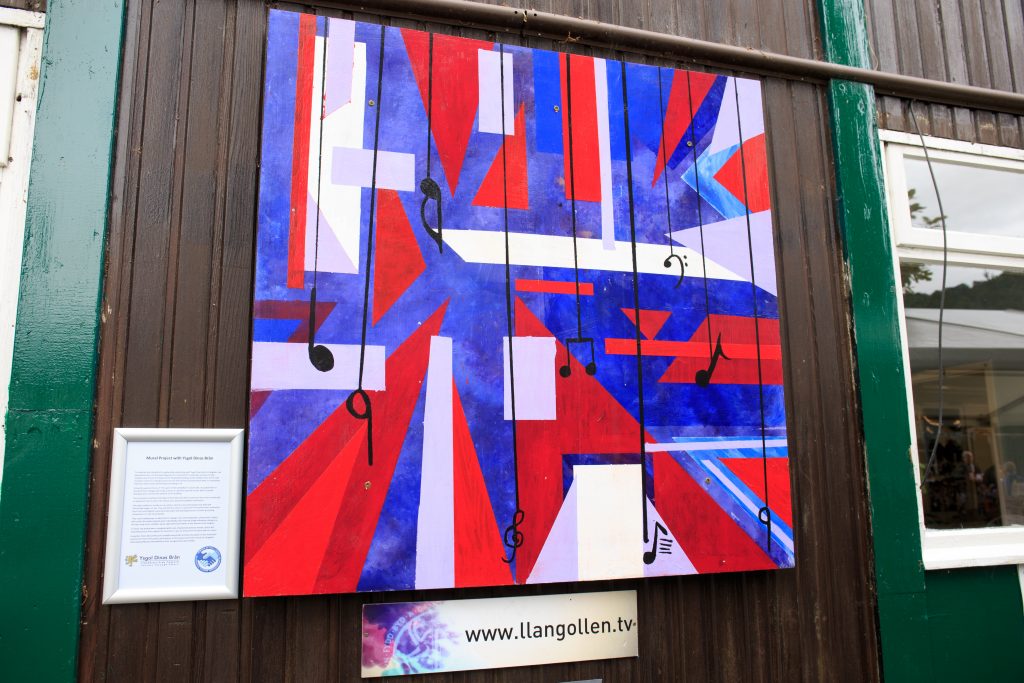 The mural will remain on the building, which is used as a reception centre for international competitors throughout Eisteddfod week, as a permanent installation created by the talented local students.

Speaking at the reception, President of the International Eisteddfod, Terry Waite CBE, said: “The artworks created by th 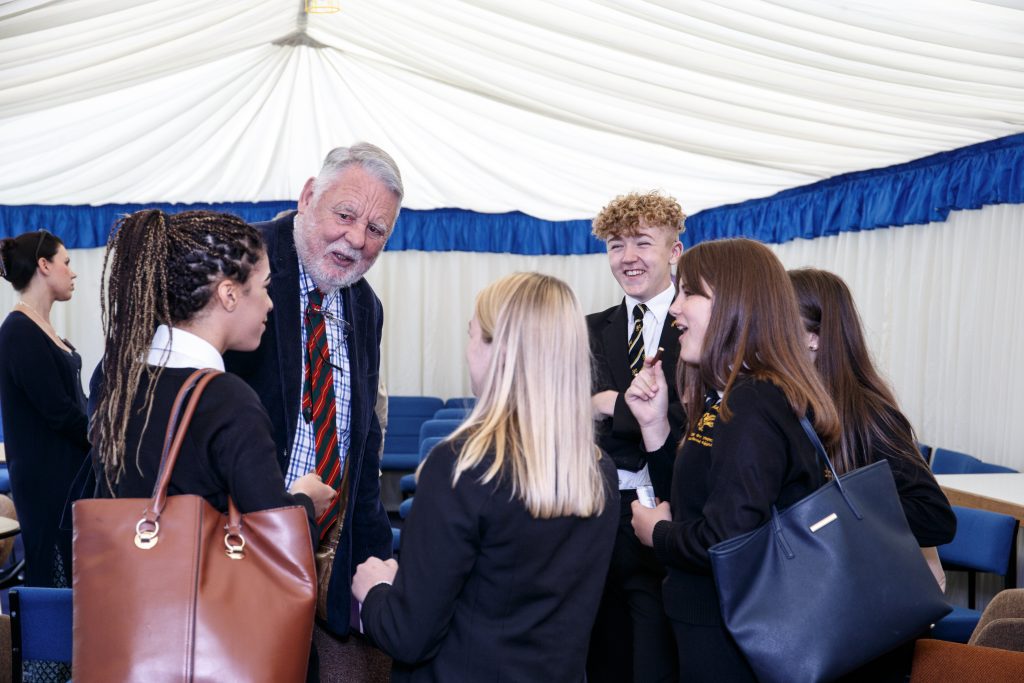 e students from Ysgol Dinas Brân are superb and a great deal of thought has gone into communicating the message of the International Eisteddfod.

“Children’s Day is always a very special occasion and it is vital that younger generations continue to participate in the Eisteddfod and spread its message of peace, friendship and uniting people through music and dance.”

Alison McDonald from Ysgol Dinas Brân, said: “We were honoured to be invited by the International Eisteddfod to participate in this project and the 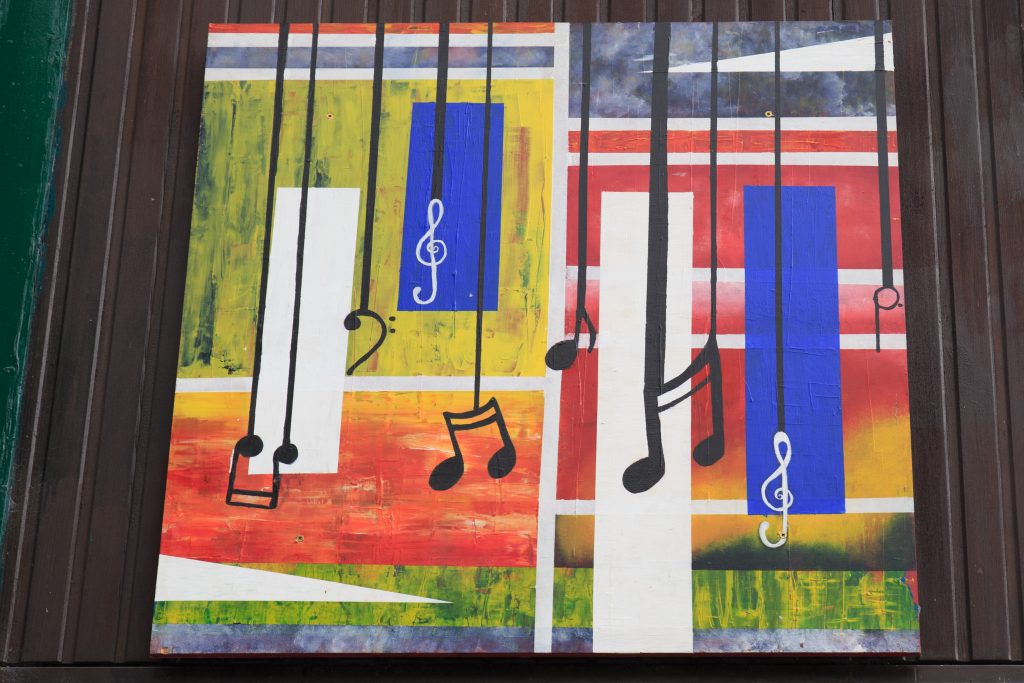 “It was wonderful to see the mural in place and hope that the competitors arriving for the 70th anniversary celebrations – and for future Eisteddfod – enjoy the installation.”

For tickets and information on the Llangollen International Musical Eisteddfod, please click here