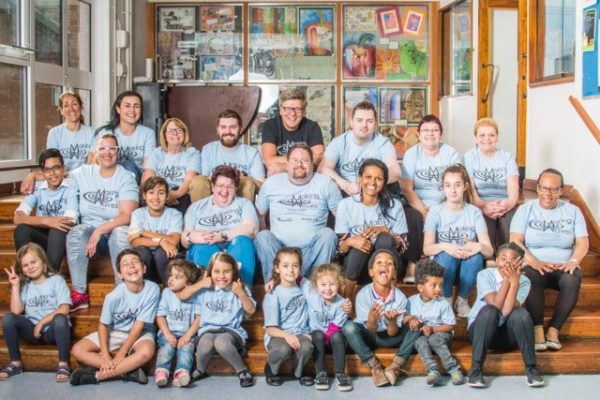 The Llangollen Eisteddfod is celebrating the ninth year of its Inclusion Project with the commission of a new performance piece and a prestigious Arts & Business Cymru Award nomination.

The project, which promotes unity, diversity and accessibility for all, will return to the festival’s main stage on Wednesday 5th July with a new, specially commissioned piece called Making Waves.

Performed by The KIM Choir from Holywell, SCOPE Flamenco Group from Chester, WISP Dance Club from Mold and Amigos y Gymuned from Wrexham, Making Waves focuses on the free flowing emotion of the sea and how it can connect people of diverse backgrounds from shore to shore and was written by poet Aled Lewis Evans with the input of members from all four groups.

The groups represent a diverse mix of the local community and would not usually have an opportunity to perform at an event such as the Eisteddfod. All of the groups have overcome different challenges to be part of the project, such as learning to sing in a choir for the first time, singing in a second language and some members have a range of physical disabilities, special educational needs and mental health issues, will be joined by students from the University of Chester who will act as dance assistants and a string quartet from the University of Bangor.

Committed to promoting inclusivity and diversity within the performing arts, ScottishPower Foundation who funded last year’s project As One has been shortlisted in the Community category at the Arts & Business Cymru Awards, which take place on Friday 23rd June – just two days before the current project’s final rehearsal.

Music Director of the Llangollen Eisteddfod, Eilir Owen Griffiths, said: “Promoting opportunities for all and reducing inequality of opportunities is core to the ethos of the International Eisteddfod, as well as being something I’m incredibly passionate about. That is why the Inclusion Project is so close to my heart.

“Thanks to the ScottishPower Foundation’s continued support and funding the Inclusion Project has been able to continue its good work and enable people from all walks of life to perform of the Eisteddfod stage.

“Each year we work with passionate, hardworking and talented people which our award nomination is testament to. Judging from the recent rehearsal, which was the first time the groups all came together; this year is no exception to that rule.

“ScottishPower Foundation to be shortlisted for the Arts & Business Cymru in the Community Award is an incredible honour for Llangollen Eisteddfod.”

“ScottishPower Foundation is committed to supporting the Arts and Culture and on the 70th anniversary of the Llangollen International Musical Eisteddfod we are delighted to fund Making Waves.

“The project has brought together a group who have a diverse range of abilities and will perform the specially commissioned piece, which will be performed on the main stage of the festival.”

Making Waves was composed by Owain Llwyd and the performance has been choreographed by Angharad Harrop, with Leslie Churchill Ward as Artistic Coordinator.

“Bringing people together through music and the performing arts is something I’m incredibly passionate about and working with so many inspiring and talented groups is always a definitive highlight of my year.

“With help from the International Eisteddfod and the ScottishPower Foundation, the project has grown bigger year on year.

“This year, as well as being able to commission music for our performers, we have been able to also welcome live musicians onstage to accompany us. I can’t wait to see the audiences’ reaction to our participants’ heartfelt performances – I just know they will be incredibly moved.” 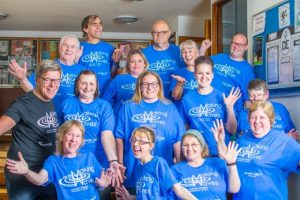 The KIM Choir is part of the KIM voluntary organisation, which offers group activities to women struggling with poor mental health. The organisation encourages its members to recognise their skills and strengths through positive and continued support, and helps individuals recover from a variety of mental health issues and aids reintegration into their communities. 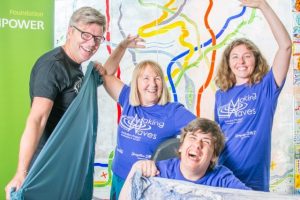 The SCOPE Flamenco Group is a group of adults with various disabilities who meet weekly in Blacon in Chester to dance Flamenco and play Flamenco beats, bringing a diverse group of people together. 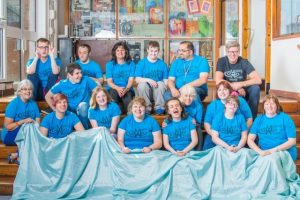 The WISP Dance Club meets weekly in Mold to enjoy dance and movement with friends and highlight the skills of each of their members. Working with young people with a variety of special educational needs or learning difficulties, WISP Dance Club creates and performs dances across the North West and North Wales. 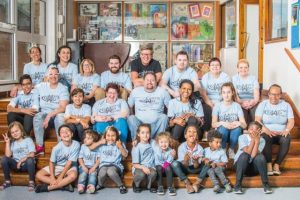 Working closely with the Portuguese community in Wrexham and members of Hafal, an organization working with individuals recovering from serious mental health issues and their families, Amigos y Gymuned aim to fully integrate its members with the local community through learning the Welsh language, social activities and life skills.

For more information or to purchase tickets for the 70th anniversary Llangollen International Musical Eisteddfod, including the first ever performance of Making Waves, please click here.