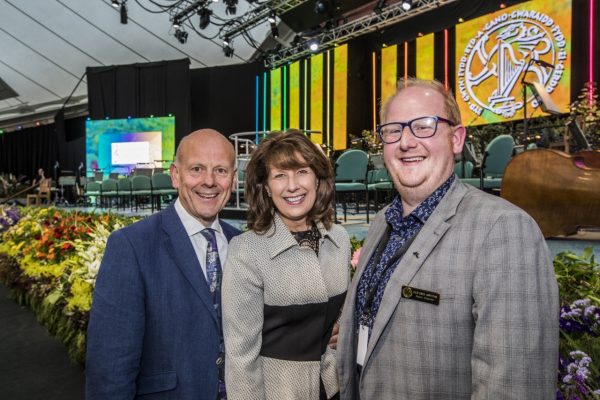 Search for Voice of the Future Competition entrants heats up as prize fund increases to record high.

Twenty-four of the world’s best young singers are flocking to North Wales to compete for a prestigious new international prize.

Competitors from as far afield as Switzerland, the Philippines, the USA and China will be competing for the title of International Voice of the Future at the Llangollen International Musical Eisteddfod on Thursday, July 6.

The record number of entrants has been attracted by the boost given to the prize fund by the arts-loving Pendine Park care organisation and the Sir Bryn Terfel Foundation.

The finalists will compete for the brand new Pendine Trophy and a cheque for £6,000 while the two runners up will each receive £2,000.

Pendine Park have pledged to contribute £5,000 to the International Voice of the Future competition with £3,000 coming from Sir Bryn’s foundation and £2,000 from the Eisteddfod.

As a result, the total prize pot is more than six times the  £1,500 awarded in previous years and the aim is to catapult the competition into a whole new league.

The idea is to showcase and nurture young talent, providing each year’s winner with support and a cash injection to advance their burgeoning careers.

The competition will be one of the highlights of the week at the festival, which celebrates its 70th anniversary this year.

Each entrant will perform up to eight minutes’ of music in its original language, after which the judges will select three finalists to take centre stage at the International Celebration evening concert, when they’ll be performing 12 minutes’ of music.

Pendine Park proprietor Mario Kreft said: “Our aim in supporting the event and providing the Pendine Prize is to help transform it into a truly international competition that attracts the best singers from across the world.

“It is wholly appropriate that the Sir Bryn Terfel Foundation is also involved because the Eisteddfod provided him with a stepping stone to his stellar career and he is keen to nurture the talented young singers following in his footsteps.

“Again this year we will be showcasing the value of the arts in social care and are organising a series of activities on the festival field, including dementia workshops. and intergenerational music workshops involving our residents and staff on Children’s Day.”

“We are deeply rooted in the communities which we serve and the ethos of the Eisteddfod chimes perfectly with what we are doing in promoting the arts and culture as way of enriching lives across the generations.” 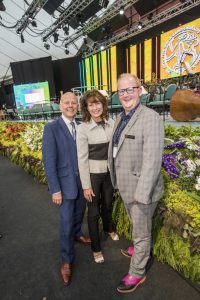 The festival’s music director, Eilir Owen Griffiths, said: “Nurturing and promoting young talent is at the heart of the Eisteddfod and the Voice of the Future competition has launched the career of many a young soloist.

“The standard of entries is always high but thanks to the generous contribution of Pendine Park and the Bryn Terfel Foundation the increased prize fund has attracted a record number of high-quality entries. The adjudicators will have their work cut out for them this year!”

Sir Bryn Terfel added: “The Bryn Terfel Foundation is committed to supporting the development of

“The Eisteddfod’s International Voice of the Future competition has great synergy with the foundation’s objectives and we are happy to be contributing to the prize fund in the festival’s 70th anniversary year.”