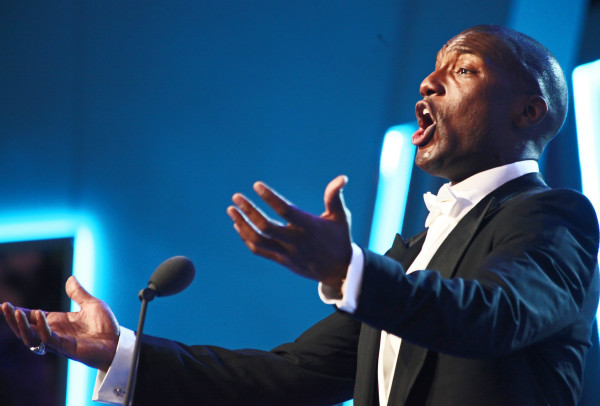 According to Stewart, who hails from Harlem, in New York, he can’t wait to perform alongside Katherine in her portrayal of the fiery gypsy, Carmen, in ‘special’ Llangollen, which is one of his favourite concert venues.

On the opening night of this year’s festival on Tuesday, July 5, he will play the role of the lead male role of Don José opposite Katherine.

Stewart said: “I’m so excited it’s going to be wonderful evening  Katherine is such a fabulous singer and a truly beautiful person.

“We have worked together before. We did the Glasgow Proms three summers ago, I think it was the last night and we sang a series of duets together.  She has an amazing voice and is such a wonderful and talented woman.

Other highlights at this year’s festival – the 70th since it started in 1947 – include superstar bass baritone Bryn Terfel in concert with top tenor Joseph Calleja on Thursday, July 7 , along with Jools Holland and his Rhythm & Blues Orchestra who  bring the curtain down on the festival with a foot stomping party on Sunday, July 10.

The Wednesday night concert will be a celebration of musical theatre featuring the Kerry Ellis, dubbed the First Lady of the West End, and Collabro who won Britain’s Got Talent in 2014.

They will be joined by talented Glasgow Academy of Musical Theatre, the CBC Voices from the University of Wales Trinity Saint David and the Welsh National Opera Orchestra under the direction of John Quirk. 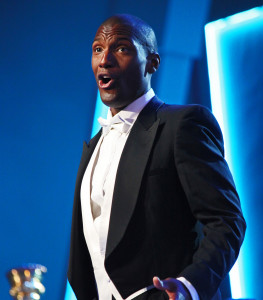 The Friday night concert, Heart Of Llangollen, will showcase the best of the international competitors. It will also include the Dance Champions competition and a Caribbean Carnival Extravaganza.

The competitions draw to a close on Saturday night with the famous Choir of the World contest with the prestigious Pavarotti Trophy up for grabs. The audience will also be entertained by the popular vocal group, The Swingles.

Playing  Don José is a familiar role for Stewart.

He said: “I’ve played Don José more than any other throughout my career. In fact at least 36 times, I’ve just completed a 16 date tour of the UK with the Scottish Opera playing that very role.

“It’s a fantastic part to play and perform and Don José is such a complex character who falls madly in love with this sexy, alluring gypsy girl. It’s a tragic tale of a love triangle that has become the most performed opera of all time.

“I think people identify so easily with Carmen, Don José and the glamorous toreador Escamillo.

“It’s going to be a special night I think everyone knows the Flower Song from Carmen, it’s one of the most famous operatic arias of all time. And Don José is such a tragic figure; it’s an amazing role.”

Katherine Jenkins said: “I’m really excited as its a role I have always wanted to sing. I studied Carmen at the Royal Academy of Music before I graduated and being a mezzo soprano, it’s my favorite opera.

“I’ve always talked about doing this and it will be the first time fans will be able to hear all the arias in one evening.

“I do usually include several operatic arias in my concerts but I have never condensed and performed all the arias from a single opera into one concert.

“Carmen is such a wonderful character and it’s one of the most popular operas. It’s going to be a wonderful night, something I hope everyone will really look forward to and I for one couldn’t be more excited to be returning to Llangollen for this special event.”

Stewart was delighted to be returning to Llangollen, a place where he says everyone speaks the same language – the language of music.

He said: “You meet people you have never met before, people from the other side of the world yet you share that special love of music.

“I always get the impression people admire, respect and love each other at Llangollen and music is the glue that binds people together. Everyone at Llangollen is a winner.”

The festival’s musical director, Eilir Owen Griffiths, is thrilled Noah Stewart is returning to Llangollen and will be appearing alongside Katherine.

He said: “What an amazing evening of music for those privileged enough to be in the audience.

“To have Katherine Jenkins OBE and Noah Stewart on the Eisteddfod stage is a real coup, they would grace any of the world’s biggest concert venues.”

“We also have some wonderful artists who will be joining Katherine and Noah on stage. Baritones Adam Gilbert will be play the role of El Dancairo and Lukask Karauda the role of Escamillo.

“The orchestra of the Welsh National Opera, under the baton of Anthony Inglis, and the voices of Ruthin’s Cor Cytgan Clwyd will add to what will be a magical night of music and drama.”