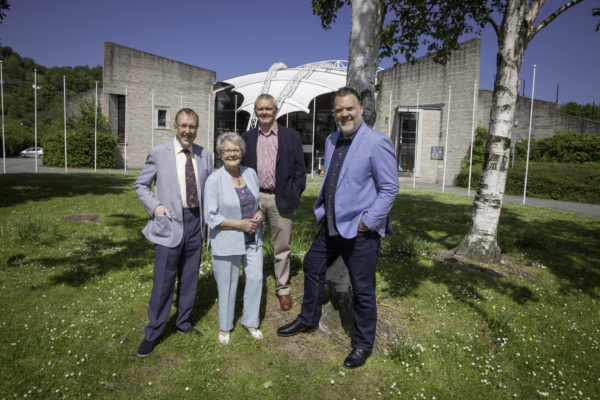 World famous Welsh opera singer Bryn Terfel has paid a visit to Llangollen – to film a new TV show and retrace the footsteps of legendary Italian tenor Luciano Pavarotti.
The great bass-baritone was in the town to record a programme for Welsh language channel S4C just a few weeks before he is due to return for a concert as part of this year’s 70th Llangollen International Musical Eisteddfod.
It is entitled Taith Bryn Terfel: Gwlad y Gan, Bryn Terfel’s Journey: Land of Song, and will also feature stops in Criccieth, where Bryn sang in the castle, and Treboeth, birthplace of bard Daniel James who wrote the hymn Calon Lan, A Pure Heart.
At Llangollen he was at the Royal International Pavilion to interview Eisteddfod stalwarts Gethin Davies and his wife, Eulanwy, particularly about their memories of Pavarotti.
He sang at the Eisteddfod in 1955 as a 19-year-old member of the Chorus Rossini, from Modena, and returned to give a concert 40 years later as a global superstar.
Bryn Terfel said: “It’s a beautiful story of what can be achieved if you take your opportunities.
“I certainly talked to Pavarotti about Wales in the early 1990s and he told me he had sung here with his father.” 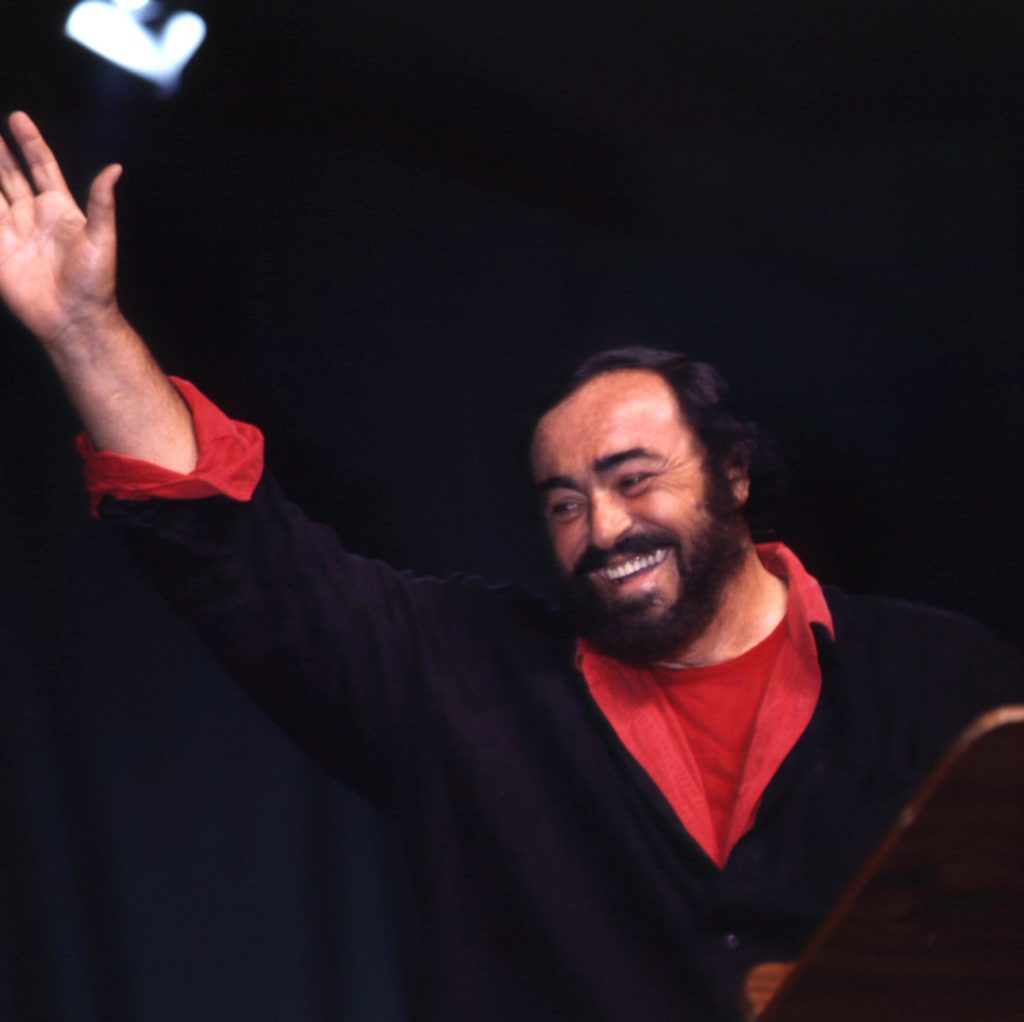 Gethin Davies recalled that 1955 when the Chorus Rossini won the main choir competition – now the Choir of the World competition for the Pavarotti Trophy – but his diary only mentioned ‘An Italian choir won’.
But the retired solicitor from Llangollen, the only person to be chairman of the Eisteddfod twice, was much more closely involved in 1995 when he helped negotiate Pavarotti’s appearance.
Bryn Terfel said he had also been to Llangollen as a competitor: “I am surprised I only came here once,” he said: “But because it’s international maybe the Welsh might think we’re not good enough?
“I’ve been here many times since and we did Sweeney Todd here two years ago and this year I’m here again with the wonderful Maltese tenor, Jospeh Calleja, and you can’t beat Llangollen on a lovely day.”
Terfel’s trip had already seen him at Criccieth where he had sung ‘David of the White Rock’ in the castle, accompanied on the harp by his girlfriend, Hannah Stone, and he added: “As a performer you come to somewhere and sing in a concert and you leave so it’s nice to stay here for a couple of days.” 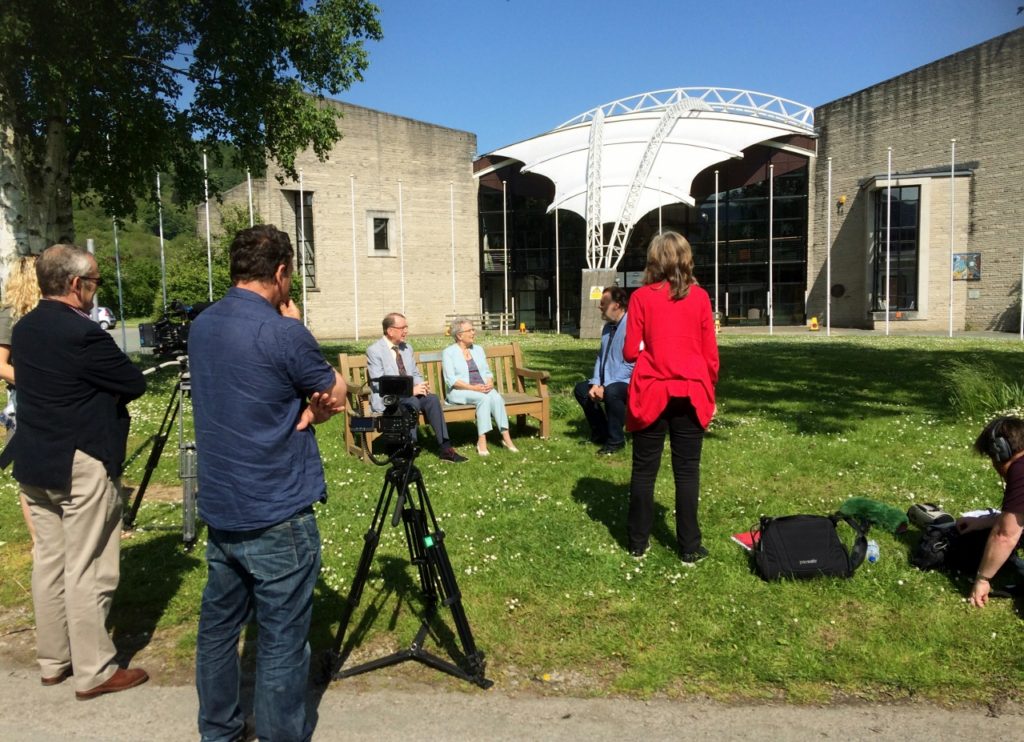 He also interviewed current Eisteddfod chairman Rhys Davies about this year’s festival, which runs from Tuesday, July 5, to Sunday, July 10, and sang ‘My Little Welsh Home’ for the programme which is being made by production company Boom Cymru for broadcast at the end of July.
Rhys Davies said: “It was great to see Bryn in Llangollen again. It’s almost a second home for him and he clearly enjoys coming here and we love having him.
“He’s part of a fantastic lineup at this year’s festival which also includes another Welsh singing great in Katherine Jenkins and Jools Holland.”
Tickets sales for the concerts at this year’s Eisteddfod, which begins on Tuesday, July 5, are going well, especially for the opening night when superstar Katherine Jenkins gets the programme off to a sensational start as she sings Bizet’s Carmen alongside the American tenor Noah Stewart.
Wednesday will be International Children’s Day and will include choral and dance competitions and also a new Under 16s solo competition while the evening will feature the Voices of Musical Theatre.
Bryn Terfel will headline the 70th Classical Gala Concert on Thursday evening with Maltese tenor Joseph Calleja while the day will see the crowning of the Children’s Choir of the World. 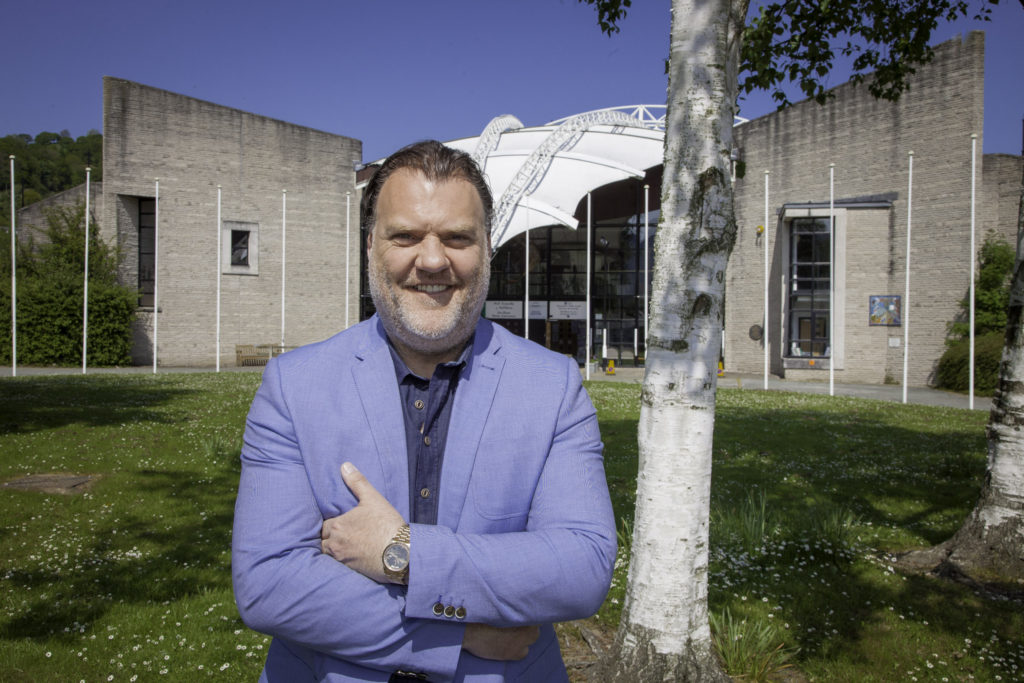 Friday will celebrate Rhythms of the World and will be a feast of music and dance from the best of the Eisteddfod’s international competitors with the Dance Champions of the World competition climax at the evening concert.
It will open with a Caribbean Carnival Extravaganza, followed by the International Peace message delivered by Theatr yr Ifanc, Rhosllannerchrugog.
In a change to this year’s scheduling Friday will also see the Parade of Nations, led by Eisteddfod President Terry Waite, switched from Tuesday in anticipation of bigger crowds and more competitors being present.
Saturday is dedicated to the top choirs and concludes with the Choir of the World competition for the Pavarotti Trophy while Sunday sees the Eisteddfod let its hair down for Llanfest before the climactic final concert by Jools Holland.