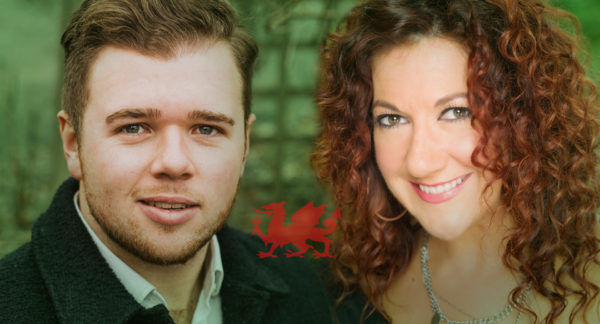 In memory of the Welsh tenor Kenneth Bowen, who died last year, Llangollen International Musical Eisteddfod has revealed it will host the world premiere of The Spring of Vision, composed by the festival’s Music Director and friend of Bowen, Dr Edward-Rhys Harry.

The evening performance on Wednesday 3rd July will use the dramatic setting of the Vernon Watkins poem of the same name to celebrate the life of Bowen, one of the most distinguished singers of his generation. It will be performed by an all Wales cast, including Shân Cothi (soprano) and Rhodri Prys Jones (tenor), performing alongside the London Welsh Chorale, Liverpool Choral Union, Wrexham Youth Choir, in a massed choir.

This will be the first time Shân Cothi and Rhodri Prys Jones will perform together. Following Edward-Rhys listening to Shân interview Rhodri on her BBC Wales radio show, he was inspired to invite them to perform together on Llangollen’s Royal Pavilion stage.

The Spring of Vision encapsulates the dream of Taliesin who, on questioning the state of humanity and our future is taken on a journey through wars, conflict and then finally arriving at the one act that defines humanity, the act of Christ on the cross.

Edward-Rhys Harry explains his inspiration for the performance: “Wednesday is the centre of the week-long festival and I wanted Welsh music to be at the heart of this year’s Eisteddfod.

“I am honoured and privileged to be able to create a piece in memory of my friend and inspiration, Kenneth Bowen, that celebrates the Land of Song as its very best. He was a long-time collaborator of another of my inspirations William Mathias CBE, and was founder of the London Welsh Chorale whom I have the honour to direct, so it will be a beautiful and emotional evening to have the chorale perform this premiere.”

Following the launch in Wales, The Spring of Vision will then be performed on July 6 by the London Welsh Chorale at St Andrew’s Church, London, where Kenneth Bowen’s grandson Ruairi Bowen will sing tenor.

The evening promises to be a tremendously dramatic celebration of traditional music from Wales, bursting with glorious melodies and powerful operatic choruses. The second half will feature William Mathias’ dramatic cantata St Teilo which will be accompanied by a unique ‘masque’ dance performed by Llangollen-based New Dance Company.  The audience will also celebrate the crowning of the International Voice of the Future 2019.