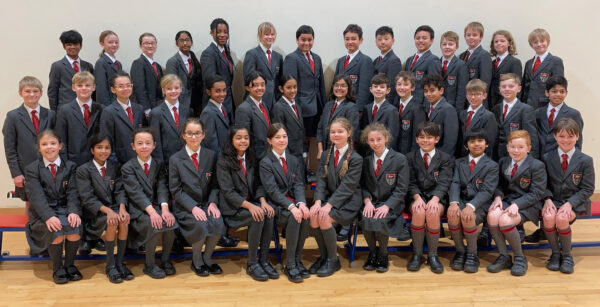 Hymers Junior School Choir comes from Hull, East Yorkshire. Around 70% of children at the school currently sing in one of our three year group choirs on a voluntarily basis. This un-auditioned choir consists of children who are in Year 6 – aged 10 and 11. The school has built up an excellent reputation for choral singing, having previously been runners-up in the BBC Songs of Praise School Choir of the Year Competition, and were thrilled to be crowned the winners of the Barnardo’s National Choral Competition in 2020 which was held at the Royal Festival Hall, London. In 2018, the choir was also exceptionally proud to come 2nd at the Llangollen International Eisteddfod.

Our choirs enjoy performing locally and supporting charity events; last year we recorded and filmed a song written by the Head of Junior School Music and the choir’s conductor, Tracey Redhead, which raised money for the Barnardo’s charity.