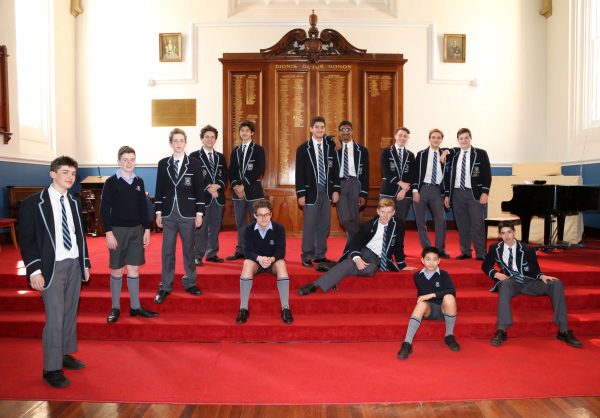 Biography: The Grammarphones has long been one of the signature choral ensembles of Brisbane Grammar School, one of Australia’s finest private schools. It is an auditioned chamber choir for changed voices and consists of the finest tenors and basses at the School. Each year they share their music with a wide audience, performing at a range of community and school events. In 2010 they undertook a highly successful concert tour of Europe where they were awarded the City of Vienna Prize for being the outstanding choir at the Summa Cum Laude International Youth Music Festival.   In 2011 and 2017 they were one of the featured ensembles at the Pemulwuy National Male Voices Festival, Australia’s most prestigious festival of male singing. In 2014 they undertook their second overseas tour to Greece and Italy which culminated in singing mass in St Peters Basilica in Vatican City. They frequently tour within Australia, having been guest artists at the Festival of Voices in Hobart on several occasions. The Grammarphones are committed to the promotion of new Australian music and have commissioned several works from well-known Australian composers such as Paul Jarman and Dan Walker.