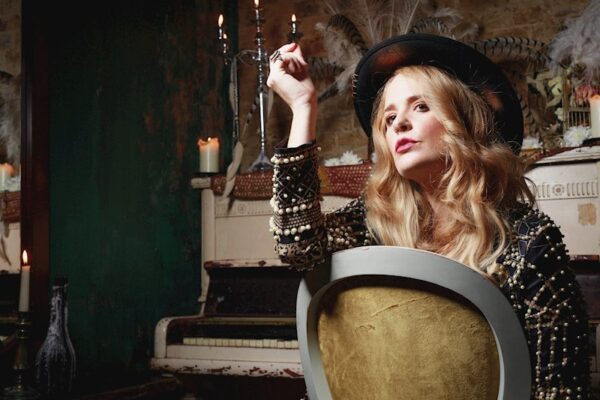 ELLES BAILEY ‘SHINING IN THE HALF LIGHT’ ALBUM BIOGRAPHY

To an artist without the creative energy and laser-focused determination of Elles Bailey, it could all have been very different. But when you’re the hardest-working woman in blues, rock and roots music, not even the tumultuous world events of the past two years were going to stop you from writing several new chapters in a remarkable story.

The Bristol-based singer, songwriter and bandleader, who has powered her way to the forefront of the British blues and roots scene in recent years, has unveiled her eagerly-awaited third album Shining in the Half Light. Crammed with vibrant originals brought to life with her A-list band, it’s yet another significant step forward in a career already feted with awards and acclaim generated by her two previous studio sets, 2017’s Wildfire and 2019’s Road I Call Home.

Shining in the Half Light arrives on the heels of Bailey’s typically extensive autumn tour of the UK and such preview tracks as ‘Cheats and Liars’ and ‘Sunshine City.’ For anyone who loves their combination of thought-provoking bluesiness and sassy rock, there is so much more where they come from. These are ten new tracks by an artist who, as she sings in ‘The Game,’ always dances to the beat of her own blues. She co-wrote the entire album with a variety of collaborators and recorded it in Devon, with her band and producer Dan Weller. Tracking was completed just weeks before Elles gave birth to her first child and she sat in the hospital waiting room listening to mixes on the big day!

For the new listeners that Elles attracts with every play, that voice was the silver lining of a potentially grave illness, when at just three years old, she contracted viral and bacterial pneumonia, and had to breathe through a tube for 17 days. “Only with the real heavy touring did I start to really understand that it’s such a big part of me,” she reflects. “I know how fortunate I am that I walked away with a husky voice. And my life.”