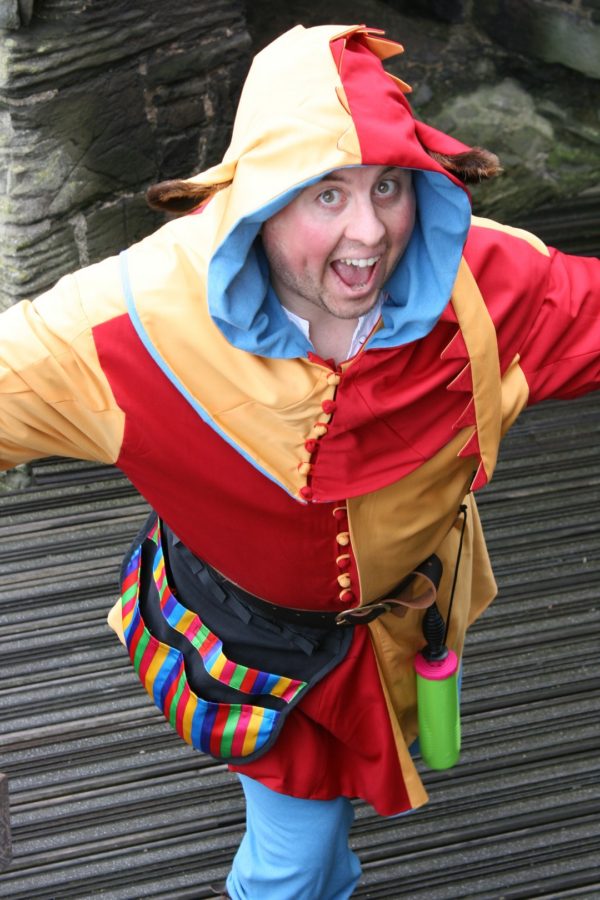 Dressed in the red and yellow of the medieval Kingdom of Gwynedd, Erwyd le Fol is the first official resident jester of Conwy Town for over 700-years.

Mixing juggling with magic, comedy and audience participation his shows have wowed audiences all over the World. Highlights of his career so far include juggling axes over royalty, giving a private performance for TV mentalist Derren Brown and working alongside the late Sir Terry Wogan.

Prepare for a fun-packed, family friendly show that will have you laughing in seconds.