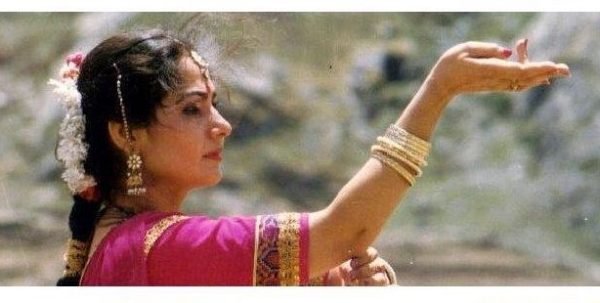 Mrs Kajal Sharma is an outstanding exponent of “KATHAK” whose dance speaks eloquently of all the delicate strains that weave together to form the essential texture of the Lucknow Gharana.

She is one of the leading disciples of Padma Vibushan Pandit Birju Maharaj, the greatest maestro of Kathak. She has performed widely in 32 countries with numerous performances to her name. She has represented her style and country in numerous ‘festivals of India’ abroad and in India in many prestigious dance festivals. (Khajuraho dance festival, Haridas Sangeet Sammelan, Uttar Pradesh Parv in Lucknow, Katak, Udaipur, Haidrabad, Chennai, Trivendram, Gohati, Goa, Sur Singar Samsad, Kumbha Samahrah, Kathak Mahotsava, Vasanttotsava and Kathak Mahotsava Lucknow.

She has been awarded both national and international recognition including the ‘International Young Achiever Awrad’ in London and National Youth Award, in Delhi. She has credit to her name of numerous Kathak workshops in India for the promotion of Kathak during the 1980’s and 1990’s.

Her audience has included 46 Presidents and Prime Ministers of different countries, HRH The Prince of Wales and the Queen of Thailand. She has had a long-term association with Delhi Television and was awarded TOP GRADE from Delhi Television.

Her work has been included in a Kathak DVD, made and released by Delhi Television Archives for the global promotion of Kathak.

She has held the post of lecturer of the Performing Arts of Agra University. Mrs Kajal Sharma is a performer, choreographer and a teacher, presently teaching Kathak, inVadic  Academy of Indian Culture and Education in Manchester, Chester, and also offering Indian dance workshops in schools and colleges. She has played a prominent role as a true promoter of Indian Culture, especially in the field of Indian classical dance “Kathak”

Mrs Kajal Sharma is also a member of I.S.T.D. In 2006 when her students were taking their first I.S.T.D dance exam, they were the first batch (Kathak) from the Northwest and North Wales for the I.S.T.D dance exam. BBC Wales did a feature on her and it was featured on T.V in the news. She has been a recipient of the prestigious state award by UP Sangeet Natak Akademy, Lucknow. Kajal was featured in a film,” Wish you were here ” screened for 25,000 during the Olympic Torch event at the Chester race course.Her control of laya, precision of movement and her spontaneous and intuitive feel for “Bhava” lend a unique flavour to her dance