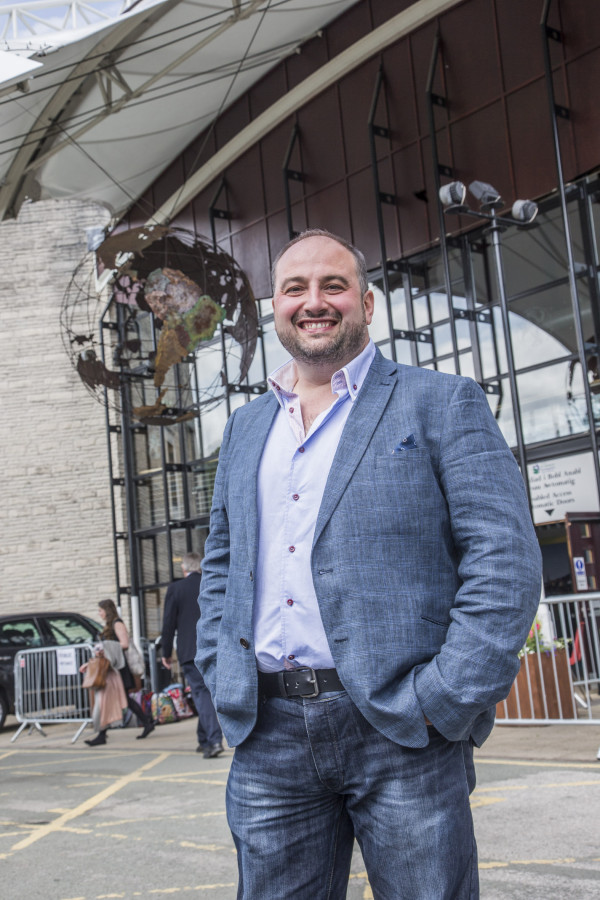 FANS are now seeing a lot less of top tenor and broadcaster Wynne Evans.
It’s not that he’s cut down any on his appearances on radio and TV from this year’s Llangollen International Musical Eisteddfod but simply because Wynne has managed to shed an incredible 5st in weight in just the past three months.

The multi-talented Carmarthen-born entertainer, whose mighty voice shot him to fame as singing waiter Gio Compario in the Go Compare TV ads, says he decided earlier this year to slim down from a hefty 25st to make moving around a little less uncomfortable.
Wynne, 43, explained: “I live in a four-storey house and running up and downstairs to see my two children was leaving me feeling a little tight-chested.
“So back in the spring I thought I’d try to take off some of the weight.
“Basically, I’ve just cut out all the carbohydrates like bread, potatoes, rice and pasta and I’m now down to about 18st.
“However, I decided not to go mad and although I stopped the beer I’m still having the odd glass of wine.
“I’ve lost a total of 32 inches around my waist and chest and had to buy a lot of new clothes a couple of sizes smaller.
“But it’s all been worth it and I’m feeling a lot better.
“It’s now easier to get up those stairs and losing the weight has also helped me when it comes to dashing around the Llangollen Eisteddfod field preparing for my radio and TV shows.”
Wynne added: “It’s been all go at the festival this week. I’ve been doing my show for BBC Radio Wales interviewing all sorts of interesting people.
“I’ve also been filming for a one-hour Eisteddfod TV special due to go out on BBC2 next Monday evening.
“Apart from that I was also on stage in the Wednesday evening concert featuring music dedicated to The Sounds of South America alongside the BBC National Orchestra of Wales and the former royal harpist Catrin Finch.
“That was the third time in four years I’ve been on stage at Llangollen and there’s nothing like it.
“I always look forward to performing at the Eisteddfod which is such a wonderful festival of music and a fantastic event that welcomes all these different cultures from all over the world in a spirit of peace and harmony.
“It’s just an incredible event. I love seeing the different performers throughout the week and it isn’t just about classical music because lots of varied genres are represented.”